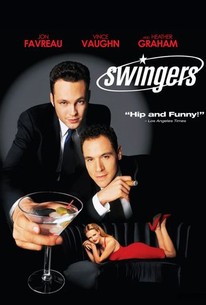 Call me crazy but I wouldn’t mind seeing Swingers 2

Swingers is damn near perfect. They should’ve done a sequel 3-5 years after the original took place. But wouldn’t it be fun to see Double Down and Mikey as 50 year olds now? Probably not but I would love to see Mikey trying to make money after failing as a comic and Vince Vaughn selling his swing dancing suits.

So yeah, I hate to dip twice in the same well but….ah, who am I kidding? I love it. So here it is – WTF do we need four more Avatars for? FOUR!! That’s insane. Listen, I love a franchise that doesn’t know when to say goodbye (See: The Fast and the Furious) as much as the next person, but did we like the original that much? Sure, visually it was cool. But, as a 90s kid, c’mon it was Fern Gully. It was. Look, Mr. Cameron, If you’ve got a billion buck laying around, shoot a few my way and spare us another 12 hours have naked Na’vi.