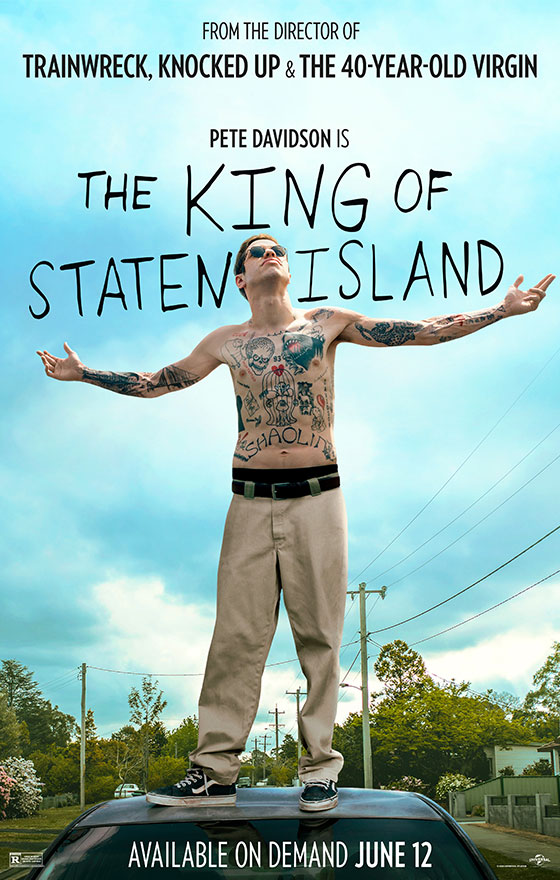 In the 1960s, two entrepreneurs hatch an ingenious business plan to fight for housing integration and equal access to the American Dream. This was a solid movie that covered more history that few ever learned about in school. Jackson and Mackie had great chemistry. The movie did drag a little in some places but this is a really well timed piece about an ugly moment in the country’s history. It’s one of those, “how did I never here about this before?” kinda films.

Pete Davidson takes the money and decided to do a Judd Apatow 4.5 hour opus and do a semi-autobiographical “comedy.” Look, Apatow hasn’t been funny in 10 years for me. 40 Year Old Virgin was spectacular, Knocked Up was alright, Superbad had its moments, and then it has been a 20 story drop since. If he’s making dramas, fine. But if he’s calling these comedies, yeeeesh. I barely smirked except for Bill Burr who is essentially playing himself. And watching Pete trying to fit his lips over those horse teeth is also hilarious. It’s on Netflix (DVDs. Go ahead and laugh, I don’t feel like waiting 6 months for new stuff plus they have EVERYTHING. Streaming library is much more limited) so I didn’t pay $25 to watch this on demand. It’s FINE, watch it for free when it becomes available. 5/10 for me.

The film that got Daniel Craig and director Matthew Vaughn on the map. This kinda sorta tries to be Lock, Stock, and 2 Smoking Barrels. And wow, it misses the mark, big time. Maybe it just didn’t hit me but man, this plot felt convoluted to me. Felt it was really disjointed and to be honest, sometimes the hardcore British accent was tough to understand and might have been caused me to miss key points. But you can easily see why Craig became a star. He carries this film on this shoulders and those baby blue eyes, swooooon. You know who we unfortunately don’t see enough and should be a crime that we haven’t? Sienna Miller. Wow Zowee! That bra and panty scene in the hotel never goes mentioned but it needs to be me. She resurfaced as the Baronees in the awful GI Joe movie. Anyway, I saw Layer Cake years ago and wasn’t impressed. A recent re-watch confirmed my initial feelings. 4/10

This film has a rabid affection for it. Haven’t seen it in year and bought it for $5. I’ve seen it a few times and we all know Val Kilmer STEALS the show. He wasn’t even nominated for an Academy award which yet again, proves no one should ever give award shows ANY creedence. But that’s where the accolades begin and end. Kurt Russell as Wyatt Earp seems great on paper. Michael Biehn as Johnny Rico, who’s painted as this real badass but never shows any signs of being one. Powers Boothe is the leader but everyone is afraid of Rico? Bill Paxton, and Sam Ellliot also as the Earp brothers. Again, on paper, this is a rock solid A list cast from the 90s. But goddamn, it REALLY disappoints. Save a few moments here and there, this film stinks. Kilmer’s Doc Holliday’s quotes is the lone shining light. The gunfight at the OK Corral is as basic as can be. This film really is poorly edited, the flow is way off. How this film so highly regarded? Answer: because of Kilmer. 3/10