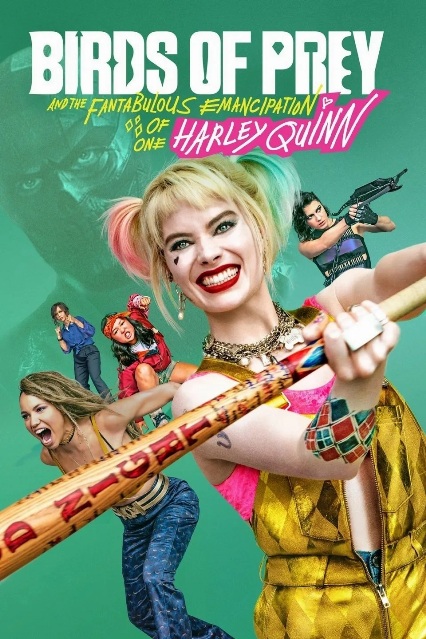 Harley Quinn and I’m not typing out that long ass title.

Wow.  It is rare that movie spinoffs work and boy, this is no exception.  Margot Robbie is fantastic in pretty much everything I’ve seen.  And she’s great as Harley Quinn in this as well as that bloated, stinky corpse known as Suicide Squad.  This film is just blah; the plot is just “who cares.”  Some of the on screen captions evoke a smirk at best and that’s it.  I know nothing about Black Mask and the Birds of Prey comic book storylines/origin stories.  But there’s no real threat feeling you get from him.  And the formation of the Birds of Prey takes WAYYYYYYY too long and they’re only together for 8 minutes of screen time.   Unfortunately, none of those characters sans Harley Quinn is memorable.  I couldn’t tell you anyone’s special power/skill and I watched it just 2 days ago.  I think people said they liked it because they want to seem progressive and want a bunch of women to kick ass.  And there are plenty of women who kick ass in films, just not this one.

A lot of people LOVE this film.  It’s about a man who dies and has to “Defend his Life” whether he gets to move onward or go back to Earth.  It’s a great premise with a few smirks and nods but it’s not a comedy in my opinion.  It’s enjoyable but not planning on rewatching this ever again.

Jane Fonda’s boring, useless, albatross husband (Bruce Dern) goes to Vietnam.  As she passes the time, she falls for a wheelchair bound Jon Voight (Angelina Jolie’s dad) while working as a volunteer in the VA.  If anything, this is THE classic rock playlist with a movie playing behind it.  Will I recommend this?  Not really, it’s FINE.  But if you stumble upon it, I’d prefer this over Harley Quinn.