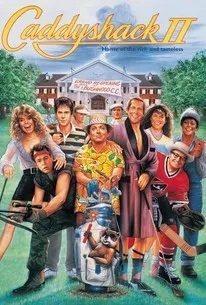 Here’s a sequel we didn’t need – The Matrix Reloaded and The Matrix Revolutions. The Matrix was such a great movie, some would say it was perfect. These extraneous movies ruined it for me a little. We didn’t need every question answered and explained. The Matrix closed perfectly, and then when they returned to the story, it was a mess.

I agree with EVERYTHING KI said about the Matrix being PERFECT.  However, I was very much curious to see what goes on past the Neo, Trinity, and Morpheus.  I wanted to see how Zion worked and how the machines wouldn’t just take a minor loss and continue its siege upon mankind.  But of course, both sequels, especially the 2nd, fell viciously flat.  With SO many choices, let’s get an obvious one out of the way now:

The first film is comedy perfection and anyone who didn’t think so, is wrong.  Period.  But as much as I LOVE the first one, I sure didn’t need to know what else goes on at Bushwood after the fact.  Spalding could’ve become an Oxycontin popping fluffer on gay porn sets who played tennis every so often.  Noonan could’ve been a college dropout and worked in the lumberyard.  Al Czervik could’ve been killed on a yacht by Wang.  Ty Webb could’ve gotten me too’ed as an adjunct professor for Eastern Philosophy.  AND I WOULDN’T HAVE GIVEN 2 SHITS.  This script was so bad that when someone handed it to Rodney in a hotel room to read, he took a few minutes and then threw it in the trash.  And then said (Rodney voice) “This is shit!”  NO ONE returned except for Chevy Chase and they MUST’VE offered him a king’s ransom for the 5-10 minutes of screen time he had.  4% of critics and 18% of audience members gave Caddyshack 2 a positive review.  I demand we form a hit squad and line them all up for chemical castration, IMMEDIATELY.  Because we don’t need dumber genes taking root in mankind.