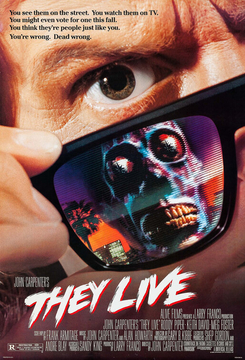 When Roddy Piper’s Nada enters a bank bent on killing aliens disguised as humans, he snarls this epic line before the cranage begins.

This is one of my favorite action movie one-liners. I don’t know how many times I’ve said it, but it was never nearly as badass as when the Hot Rod himself said it while brandishing a shotgun and wearing some RayBan knockoffs. I feel bad for the kids who have never seen this movie.

“Wellll, let’s not go sucking each other’s dicks quite yet.”

I mean, this line is PERFECT when people want to congratulate you or each other wayyyy too early. Can’t tell you how many times I’ve used this line.