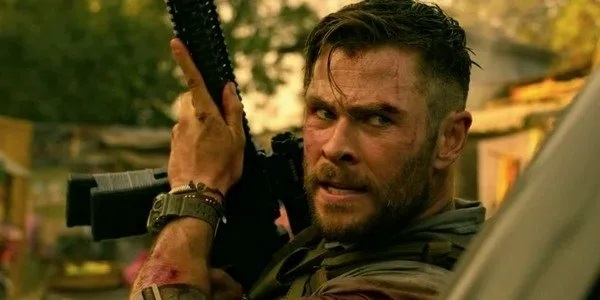 Netflix’ action hit, “Extraction”, will have a sequel and it may be a prequel according to the Russo Brothers.

I really liked Extraction, it owned what it was – an unapologetic action movie that reminded me of growing up an 80s kid. Hemsworth kicked ass and the action scenes were close to John Wick-ian. The ending left viewers with one question so I was surprised to read that the follow-up may be a prequel. I mean, I’ll watch it, but I’ll still want to know…I’m not spoiling it. Watch the movie and you can wonder with me.

Slam dunk for me this week: Tron 3 was just announced with Jared Leto and I’m fired up for this.  I LOVED Tron Legacy as it’s one of the most beautifully shot films I’ve seen.  Daft Punk DESTROYED with the soundtrack and I totally ate up the plot.  I have no idea how this gets hate because the action is solid and they really did a great job tying in the first Tron.