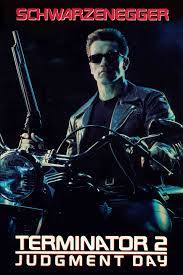 I recently got a new car. I walked into the dealership, threw a bag of money at the sales person, jumped in the car I wanted that was sitting on the showroom floor, and drove off. But, you know what? That didn’t happen. It only happens in the movies. Movies seem to ignore the fact that car buying is one of the most grueling, painful processes that lasts at least three hours. There’s negotiating, financing, reams of paperwork, prep, it goes on and on. Also, the car needs to be registered AND insured, but have you ever seen the hero of an action movie call Geico to compare rates? Nope, you haven’t. Cause that doesn’t happen!

This may be lazy as fuck but I had to go back to one of the biggest TDH I can recall. Terminator 2, the scene where he has the mini gun and just destroys all cop vehicles and sends them scurrying back behind an embankment. As John Connor instructed him, not one casualty…while cop cars blow up into the air. Not one. Stop it. Actually, there was ONE casualty that’s indirectly affected by Arnold and that’s the helicopter pilot who was forced to jump out as the T1000 oozed in. And don’t tell me he lived from a 50-100 foot drop, stop it. So, I toast the OG, THAT DOESN’T HAPPEN.