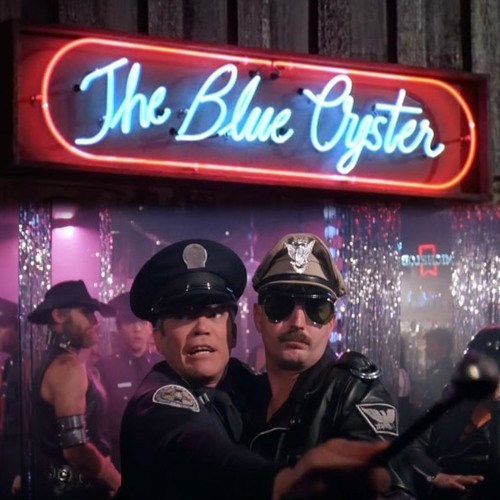 Of course, that rascal Mahoney sends Captain Harris and Lt Proctor to the infamous Blue Oyster when they think they’re going to “the best salad bar in town.”

You can use this ANYTIME you’re having difficulty locating your destination: seafood restaurant, airport terminal, gay bar. The last one was meant specifically for Kevin Israel. Speaking of…