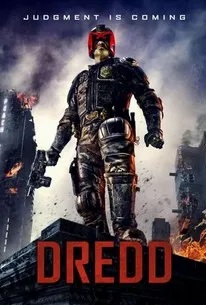 Here’s a sequel that no one wanted, actually a series of sequels – every Transformers movie that followed the first one. The Micahel Bay helmed 2007 Transformers hit most of the marks. Sure there was too much human story, the robots were hard to follow during action scenes because of the complex CGI, and the comedy didn’t always hit, but it was a serviceable and fun movie. Every following Transformers movie took all the problems with the first and upped them exponentially.  I can’t even remember the last few. You want to do a transformers movie right? Take the first few minutes of 2018’s “Bumblebee” and make that into a WHOLE movie…you know, about the robots! Or, better yet, watch the 80’s epic “Transformers the Movie” and make that! It’s not hard, people. Damn you Michael Bay! Damn you and your explosions!!!

See, I was dying for sequels for Transformers but dying for those done RIGHT.  And Bumblebee was BAD; save for the first 5 minutes when they’re battling on Cybertron and again when they flash back to said battle.  Boy, didn’t they also give the Zed from Pulp Fiction treatment to the Dinobots and Constructicons?  Completely pissed on the source material with a combination of minimal screen time.  Eat a diiiiiiick, Michael Bay.

My pick for wanting a sequel we never got was Dredd.  We all know the Stallone version was worse than HPV but Karl Urban did a MONSTER job in the reboot.  In fact, this is the first reboot that actually kicked ass.  Most of the times, they do a reboot for something that was already great and the reboot always ends up to be a piece of fuckery.  Since they figured out the right level of grit and action, why not go for rd 2?  I understand the first one didn’t do that well at the box office but the WOM on the first one would easily get people to see the second one should all the principle cast and crew return.