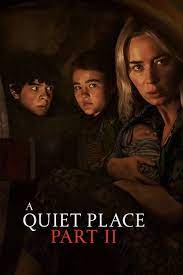 Kevin Israel whipped up a video of both of our reviews so no need to type it out again: https://www.youtube.com/watch?fbclid=IwAR0rkZN_y-IO7m8G2CDviIn6sDwA5mmX71b4yDpp4-yGLNmw7rv_l_GpVQM&v=mMSDri2kSmk&feature=youtu.be

One of the Marx Brothers all time classics and this was the first Marx Brothers film I’ve seen. Obviously, I’m seeing it wayyyyy past the time this type of humor was top of the food chain. There are some definitely snickering/chuckling moments and of course, it inspired a shitload of slapstick/one liner films, including Brain Donors. The problem with the one liner films is it takes an INSANE amount of talent to keep up that momentum as the plot isn’t the focal point so the jokes MUST hit and in a rapid fashion. I see why people liked it but I’m not dying on the hill for this film. It’s amusing and…FINE.

Well, that does it, I’m not watching any more Woody Allen movies unless they come out after 2000. I cannot stand Woody Allan as the main character. We’ve seen this one note song a MILLION times: he’s a nebbishy, hypochondriac, insecure, annoyance who miraculously lands women in his films. You want a THAT DOESN’T HAPPEN, it’s Woody Allan gets women in any film. His personality is bile inducing at best. The plot is simple: Michael Caine wants to bang his wife’s sister, Hannah, and the sisters have intertwining plots. Damn near every one of these characters is someone you want to get pushed in front of a subway. Let’s add this to the catalog of movies where black people see them and say, “fucking white people.” They’re all whining about a bunch of 1st world shitty problems and you wish Hannah would wear a suicide vest at their next Thanksgiving dinner. Woody Allan is a great writer and director when he’s not in his own movies: see Midnight in Paris, Vicky Christina Barcelona, Match Point, and Blue Jasmine to name a few. But his early stuff to mid nineties can get a blowtorch taken to it; courtesy of Leo DiCaprio in Once Upon a Time in Hollywood. Fuck. This. Film

Never knew Elizabeth Taylor was such a stunner back in the day; I’ve only seen her doing her Jabba the Hutt impression while wearing purple. Paul Newman plays a former football player who is a drunk and is part of a rich, southern family. He’s a flat out asshole to Taylor, playing his wife, while avoiding his sucks family trying to get into their dying rich father’s good graces. His sister-in-law is a conniving shrew and kind of looks like MODOK from Marvel. Yet again, another film where black people say, “fucking white people.” The performances are good but man, I just couldn’t get into the story or journey whatsoever. Classic, schmassic, this wasn’t anything special. Paul Newman though, is sooooo dreamy. You can get lost in those ocean-like eyes. Wait, who just typed that?

Guys, enough already. The Star Wars vs Star Trek debate isn’t even a debate, it’s a laughable landslide. Even with the shitty recent sequel trilogy, Solo, and 1.5-2 awful prequels, the original 3 and Rogue One BLOW away the entire Star Trek franchise. Star Trek has some of those most beloved but vanilla characters of all time. Kirk has more layers in the reboot than all 6 of the original films. The supporting cast is as exciting as a TV manual. There are a couple of good Star Trek films, part 6 being the best and 2 pretty good as well. Part 3 picks up with 2 left off and despite Christopher Lloyd being the lead Klingon, this film is boring. No real dangerous moments for the group and the ending drags.

Everyone loved this film and made it out as last year’s second coming of Christ but I’ll make it the 4th coming of Christ. For those of you saying, “Huh”, it’s about a metal drummer who has gone deaf and goes to live in a house with a bunch of deaf people as he comes to terms with living sans hearing. Riz Ahmed turns in a good performance but to say he should’ve deserved an Academy award? Nope. This movie is…FINE. No one is going to remember it in a year nor will people demand you check it out so you can have your movie text group chat. And no chance of it being done on the GTSC podcast, we have bigger fish to fry.

What Kevin Israel has watched: