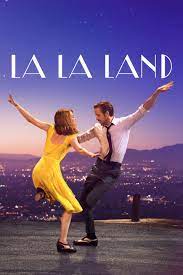 Kevin Israel’s selection: This one was inspired by our recent viewing of La La Land and it’s something that I’ve seen in countless other movies. When establishing that a character is down on their luck, there is always a scene of them going through their mail with the camera focusing on an envelope that has “PAST DUE” emblazoned across the front. Now, as someone who, in the past, may have received a late payment notice or two, I know that this isn’t how they’re delivered. Past due notices are always sent as inconspicuously as possible so the recipient open them. Companies know that, if someone isn’t making their payments, an envelope that screams at them will just get tossed in the trash. So if I ever mess up on a payment and get an envelope with “PAST DUE” across the front I will know that I’m in a movie, because in the real world…THAT DOESN’T HAPPEN!

Kevin Gootee’s selection: Well, since we just watched La La Land for the podcast, this is the freshest in our minds. My problem is simple. We’ve all sat in maddening traffic for hours of our lives and you know what no one has ever done? Start a goddamn flash mob dance sequence. Yet in the intersection of 2 of the busiest highways of LA with massive congestion is the perfect time to shake your booties? AND JUMPING ON OTHER PEOPLES’ CARS? That’s the fastest way to get out of a traffic jam, getting shot for stomping on a hood. THAT DOESN’T HAPPEN.