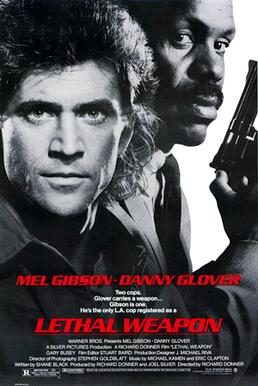 KG’s picks, in no particular order.

Han and Chewy – I mean is there any other way to kick of this list? This is the duo that every other duo wanted to be.

Doc and Marty – Sure their relationship is a little…unconventional, but didn’t we all want a mad scientist best friend?

Riggs and Murtaugh – I’m never too old for their shit. Never.

Superman and Batman – Look, I know this only happened once, and in a barely passable movie, but damn it was cool to see them both on the big screen. So, fuck you, they’re on this damn list!

Marcus and Mike – Bad Boys, what ya gonna do?! Damn I wanted to be like Mike. These two had amazing chemistry and it survived through three movies!

C3PO and R2D2 – Is it any surprise that a galaxy far far away is on this list twice?? One is an overly proper butler-bot and the other is a snarky fella that we never actually understand. Comedy gold!

Kirk and Spock – It just wouldn’t be logical if we didn’t have this odd couple on the list. Friendships that start in distrust and end up in mutual respect are always the best.

Wayne and Garth – Party on! I spent way too much of my teenage years quoting these two and banging my head to Queen. Excellent!

Bill and Ted – Two morons who time travel. If we can ignore the third installment that was a horrible travesty, I’ll party with these two any time!

Two Guns – A bit of a dark horse, but this movie was awesome. Wahlberg and Denzel had awesome chemistry and this graphic novel come to life was pure fun.