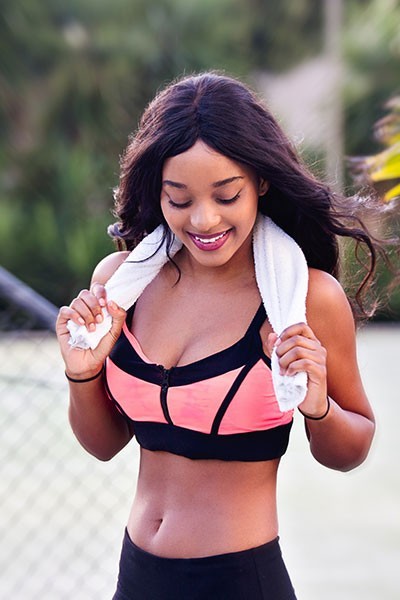 This woman has nothing to do with the article. She’s stunning and we wanted to grab your attention. We’re not above cheap tricks to get you to read our stuff.

How many movies have you seen you said, “Shit, I want one of those?” Well, here we are giving our 10 things we wanted from films.

1. Light Sabers  (Star Wars)- If you didn’t at some point dream of owning a lightsaber, then I suggest you seek help. It is the baddest weapon ever created followed closely by Jessie The Body’s chain gun in Predator.

2. Hover Board (Back to The Future 2) – This could really be tied for number 1. I’m so disappointed blew past 2015 and these still aren’t real. You can keep your self-drying jackets…I want a damn hover board!

3. Time Machine (Back to The Future) – Yup, BTTF gets two entries in a row! Yes, I realize there are tons of dangers with time travel. But I just want to go back 30 years, find little Kevin in high school and tell him to invest in Apple and avoid super wide leg jeans.

6. Food Synthesizer (Star Trek) – You just push a couple buttons and ANYTHING you want to eat just appears?? What?? I want this future! And I want a hot fudge sundae right now. Damn you, Piccard!

7. Sex Goggles (Demolition Man) – Hear me out – Yes, the real thing is unbeatable, but I can’t be the only one who wanted to throw on a pair of goggles and…you know. Maybe it was just knowing that Sandra Bullock is at the other end.

8. Transporters (Star Trek) – Imagine eliminating the need for cars and planes. Just jump in one and BOOM, you’re anywhere. The only reason this isn’t further on the list is because i saw what happens when these things go badly in The Fly and Spaceballs.

9. NZT (Limitless) – These little pills allow you to use 100% of your brain. I’d write SO many books!  And while I know the science behind how much of your brain is used is ALWAYS wrong in movies, I don’t really care. Gimme that NZT, son!!

10. Sick Sticks ( Minority Report) – I’m not an especially violent person, so this seems like a much better way to disable somebody. Sure it’s gross and you don’t want to be in the puke-radius, but it could also be a funny trick to use on your friends.