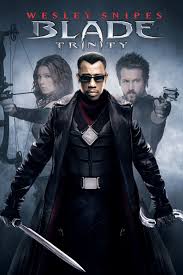 New Mutants – the first few movies are ones I haven’t even bothered to see, so I’ll just assume they were terrible. This one looked bad from the get-go but all the delays and rewrites seemed to confirm that it was horrendous.

Dark Phoenix (2019) – I love the X-Men and always rooted for these films. First Class breathed new life into the franchise but then it just got messy. It seemed to culminate with this disaster, but I wouldn’t know because i never saw it.

Fantastic Four (2015) – Another Fox/Marvel movie that I passed on. The lore of how bad this one is is quite extensive and I’ve rarely been so glad to have never witnessed a film.

X-Men: Apocalypse – As best I can remember, this movie was a disaster. I can’t recall much of it. But I know it was convoluted and confusing. This is the one that really started the downfall of the Fox X-Men franchise.

Spider Man 3 (2007) – Has any franchise ever ended SO badly? The first two Maguire led films were so good, then we got served this messy pile of crap. Too many villains, too much story, and WAY too much spidey- dancing. Yuck.

Captain America (1990) – I think I saw this one. The fact that I can’t really remember doesn’t bode well. This one may be credited to a studio needing to create something to hold onto the rights, but with a 13% on Rotten Tomatoes, don’t beat yourself up for missing it.

Blade Trinity – Remember what I said about Spiderman 3? Yeah, well most of it applies here. The first two movies in this series was SO good. Snipes was dead on with his portrayal of the Day Walker, but wow…the third installment is a disaster. Even Ryan Reynolds snarky quips couldn’t save it.

Daredevil – I never thought this one was AS bad as people said, but after the amazing movies from the MCU and the Netflix series, this Affleck led mess really shows its weaknesses. Cheese for days and a cast that never seemed to want to be there.

Punisher War Zone – Never saw it. Had to be bad.

Wolverine Origins – If you’ve been paying attention for the past year or so, you’ll know i am a HUGE Wolverine fan and this movie infuriated me. The Origins graphic novel was fantastic. Hell, the opening scene of this movie was cool, but after that, this whole movie falls apart. Even Ryan Reyolds derided it in the Deadpool sequel. Here’s to hoping Wolverine gets treated right in the MCU.