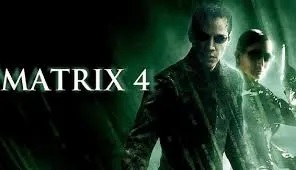 It was recently announced that The Matrix 4 has resumed shooting, which reminded me that I had no interest in a Matrix 4. I LOVED the original and then I swallowed the second and third installments because I loved the first one so much, but the truth is – we didn’t need 2 or 3…let alone 4!!! I get that Keanu is the golden child right now and his John Wick series is fantastic. And yes, I know he’s a nice guy, but we need to be honest with ourselves – some things should just  get a hard “no.” Does anyone care what happened to Neo? Didn’t we all assume the world just fixed itself. Can’t we give the people of this dystopian future peace?! Am I going to have to watch another, creepy, underground rave?

Agree with KI and now we’re not inviting Morpheus back?  Jesus, this has a recipe for disaster written all over it.  Sequel I never asked for is Home Alone 2.  My god, I hate this film.  The parents are THAT shitty they lose him again?  Wouldn’t you put a leash on him like some parents (a lot of Asian parents do) and never let him out of your sight?  And the homeless lady saves him in Central Park?  Nick of time arrival?  He’s on the upper west side, not exactly next door like the neighbor who saves him in the first one.  This film was beyond lazy.