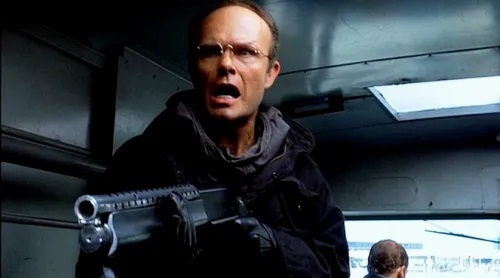 One of the meanest movie villains EVER

KG here.  Everyone loves the hero but sometimes, those villains are so goddamn mean, they surpass the hero and deserve solid recognition in film lore.  And shoutout to Eric Albert who put a great March Madness style bracket where a bunch of comedians voted on who was the “Most Evil Bastard.”

1. Darth Vader.  I mean c’mon.  There’s no one better and will ever be anyone worse than him.  And the last 5 minutes of Rogue 1, he FUCKED those Rebels up.  Who’s more copied, quoted, beloved than Anakin Skywalker?  NO ONE.

2. Mola Ram.  Pulled out still beating hearts and kept kids as slaves?  Jesus, only Ellen DeGeneres is more evil than him.

3. Clarence Boddicker.  Can you fly, Bobby boy?  BITCHES, LEAVE.  Quote machine and he empties a shotgun into a cop at point blank range.

4. Simon Phoenix.  Another quote machine while being just a sadistical, yet monster quote machine.  Ask anyone recently “what’s their boggle?”  I have and the look on their face is second to none.

5. Cyrus the Virus.  Malkovich’s best role ever.  And boy, did he have company on that flight.  Throwing Chappelle out of a plane before he could get out a, “Fuck yo couch.”  Wish he killed Colm Meaney’s character by dropping his car on him, what a blowhard.

6. Chong Li.  Stomped out Ogre and gave a Brazilian dude a greenstick fracture.  Threw a crushed up X-Lax into Van Dam’s face and made him put to use his 3 community college acting classes.  Pure badass balls.

9. Hans Landa.  I thought Inglorious was FINE and Landa singlehandedly saved that film.  The beer hall scene?  The opening scene?  Didn’t that send shivers up your butthole?