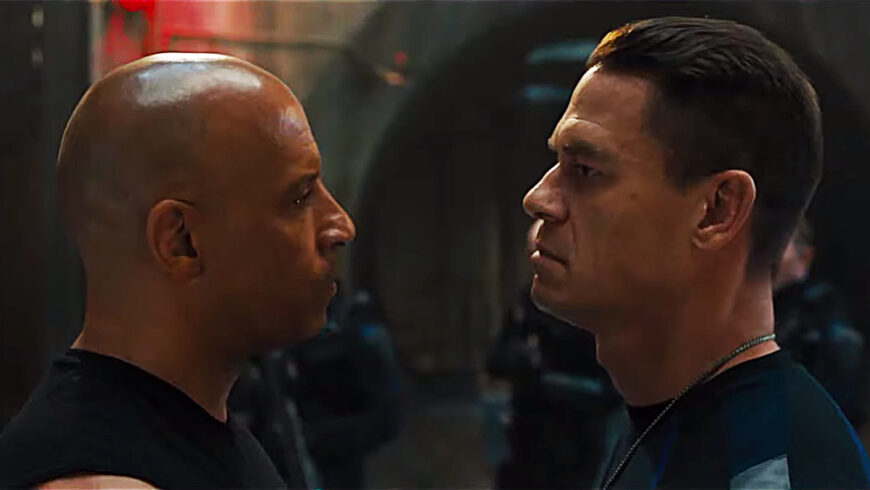 Stop me if you heard this before but in the Fast and the Furious franchise, there is a lot of nonsense. But in Fast 9, there’s one scene that makes you throw your hands in the air and wave them like you just don’t care. Just kidding. John Cena and Vin Diesel are fighting on top of a truck at a high speed. But wait, there’s more. As they’re fighting on this steel horse carrying a satellite relay uplink, John Cena crashes through a highway sign with ZERO repercussions. Stands there like Superman facing 25 machine guns and doesn’t flinch as the sign shatters around him. Jesus Christ, Vin Diesel. At what point can you manage just a tiny semblance of reality? THAT DOESN’T HAPPEN.

Blast from the past. I was recently watching a movie and in one scene the female protagonist’s ex shows up at her doorstep after years of separation. Her husband answers the door and is told by the handsome ex that he just needs to speak to her for a few minutes…and the husband goes, “sure!” Look, I’m not saying any one party has control of another in a relationship, but if my wife’s ex appeared at our door and wanted some “alone time” you can be DAMN sure they’d have a chaperone – ME! Ex’s having purely altruistic goals? That doesn’t happen!