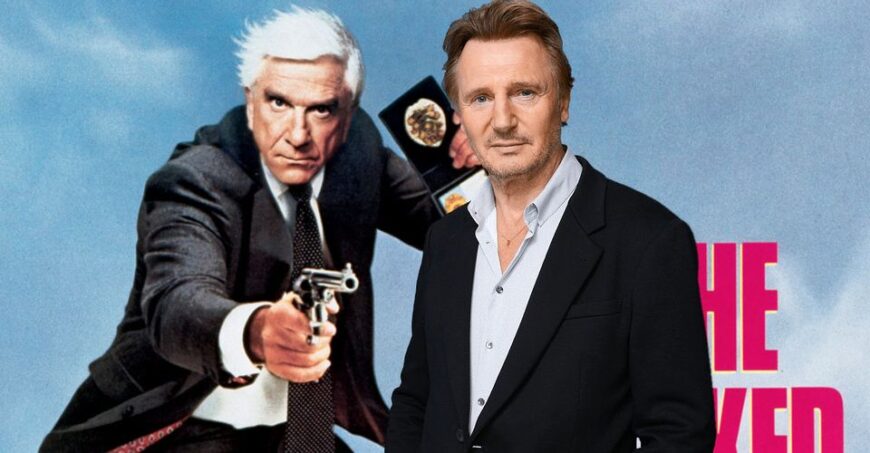 According to ScreenRant, Liam Neeson and Seth MacFarlane are talking about a possible “Naked Gun” reboot. Let me put this simply – NO! Naked Gun was great because of Leslie Nielsen. He was the movie! I like Neeson, especially when he’s talking in that gravely brogue about his many skills, but I don’t think I’ve ever laughed at him. While Neeson and Nielson share initials, the similarity ends there. To do a NG reboot you need someone with comedy chops, but here’s a better idea – don’t reboot it! Just go watch the originals or old episodes of Police Squad.

The Naked Gun idea sounds worse than attending a gender reveal party. I like MacFarlane but he can eat a colossal dick if he tries to tarnish that all time comedy. Anyway, my news is they’re making a Willy Wonka prequel. And on my list of giving fucks, this is at a -4. Because I hate Willy Wonka almost, ALMOST as much as I hate Christmas Story. We need an origin story on Augustus Gloop? Nope. Oompa Loompas? Nope. And certainly not WW, no one gives a shit what this pimp of refined sugar was up to before he was displaying pedophile tendencies.