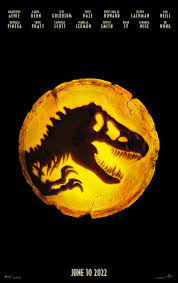 KG is disgusted to report:

GODDAMN YOU PARAMOUNT! You must hate money because you’ve delayed Mission Impossible 7 and 8 AGAIN. MI-7 won’t be out until 2023 and MI-8 until 2024 because of the pandemic. You know, the only where rates are decreasing EACH DAY NOW! Goddamnit, if I didn’t love these films, I’d boycott as many Paramount films as possible.

KI is disgusted to report:

Last night during a playoffs game there was a commercial for the Olympics featuring a skier who was being chased by a velociraptor and T-rex. This seemed odd until the Jurassic Park music played. It looks like the new Jurassic Park movie – Jurassic Park: Dominion – is a sponsor of the Winter Olympics. Interesting since Dominion isn’t scheduled to release until this summer. That is EARLY promotion. Maybe this is the COVID effect but it was kinda cool to see a T-Rex stomping through the snow. Now THAT would be an Olympics event I’d get excited about!