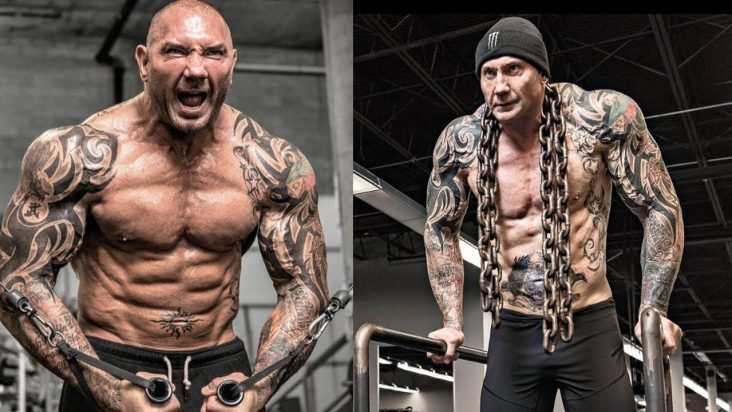 Bautista out as Drax? In an interview on The Ellen Show, Dave Bautista said that the next Guardians of the Galaxy movie may be his final appearance as the green warrior, Drax the Destroyer. Bautista explained that, at 54, staying in shape for an entirely shirtless role isn’t as easy as it used to be. I get it, the workout regimens and “supplements” routines these guys undertake must be grueling. Just take a look at Hemsworth. Normally the aussie is big, athletic dude, but he then packs on an extra 40lbs to be the God of Thunder. That ain’t easy. Bautista has lived the jacked lifestyle his whole life, and now he’s got the money to finally take it easy. He deserves it. He’ll also save some coin on not eating 10lbs of chicken every day. We’ll miss him as the comic relief in our favorite space team of super heroes, but the big man has done his part.

Ugh, this is going to fall right into my sequel thesis (no sequel should be released 10 years after the last installment nor should the sequel go to a PG13 from an R rating): they’re kicking the tires on doing a Wedding Crashers sequel. First of all, the first one, VASTLY overrated. It has moments but not the classic people make it out to be. Had great potential but not as many jokes as you would think. The 3 minutes Will Ferrell is in it and Bradley Cooper’s character FAR outscore with hook nose Owen Wilson did and even Vince Vaughn. What’s the story, they have teenager kids they try to groom as Crashers? FOH