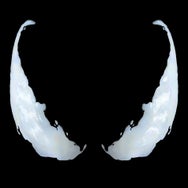 Marcia Lucas (yes, George Lucas’s ex-wife) sent an absolute thermonuclear warhead missive to JJ Abrams by saying how the new Star Wars sequels were “trash.” She hated Rey’s evolution with no explanation, she hated how Han and Luke got killed off, and said there was no Jedi magic with these sequels. Well Marcia, you’re saying what everyone has said many times, many ways. Never thought we’d say, “those prequels weren’t as bad as you thought…compared to episode 7-9.”

Kevin Israel has a rant:

Apparently the post credit scene to Venom: Let There Be Carnage leaked last week and people lost their minds. I avoided ay spoilers so I don’t know what it was, but I’m betting it involves and MCU tie in with Spiderman: No Way Home. Here’s the thing, why can’t we just wait for a movie to come out and watch it without knowing EVERY detail ahead of time. Why did we become such impatient babies that we have to ferret out every secret weeks, if not months, before the movie is released. I long for the good ole days when a couple trailers were dropped, a movie looked interesting, and you went to see it. Now, by the time we sit down to watch a movie, we know everything the key-grip ate for breakfast. Enough is enough