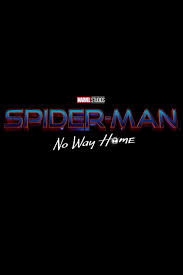 Can you believe that old ass Clint Eastwood is doing ANOTHER film called, Cry Macho? He’s 91 year’s old, are you shitting me? Arnold Schwarzenegger was supposed to play this role 10 years ago and he had the choice of being in Westworld or Cry Macho. But guess who went off and become governor of California? So it stayed in drawer for 10 years? Nope, longer! Eastwood was supposed to do this film in the mid to late 80’s but he had to do the final Dirty Harry film, the Dead Pool. What a tale.

A  leaked teaser for Spiderman: No Way Home features Toby Maguire and Andrew Garfield alongside Tom Holland as Spidermen…presumably from different universes. I’m not going to lie, I fan-boyed a little. Seeing the three of them together is really cool. The teaser, filmed with someone’s phone, also features Alfred Molina’s  Doctor Octopus! This movie could be really wild as the MCU starts further exploring the multiverse and how it will impact all the heroes moving forward. Sign me up!