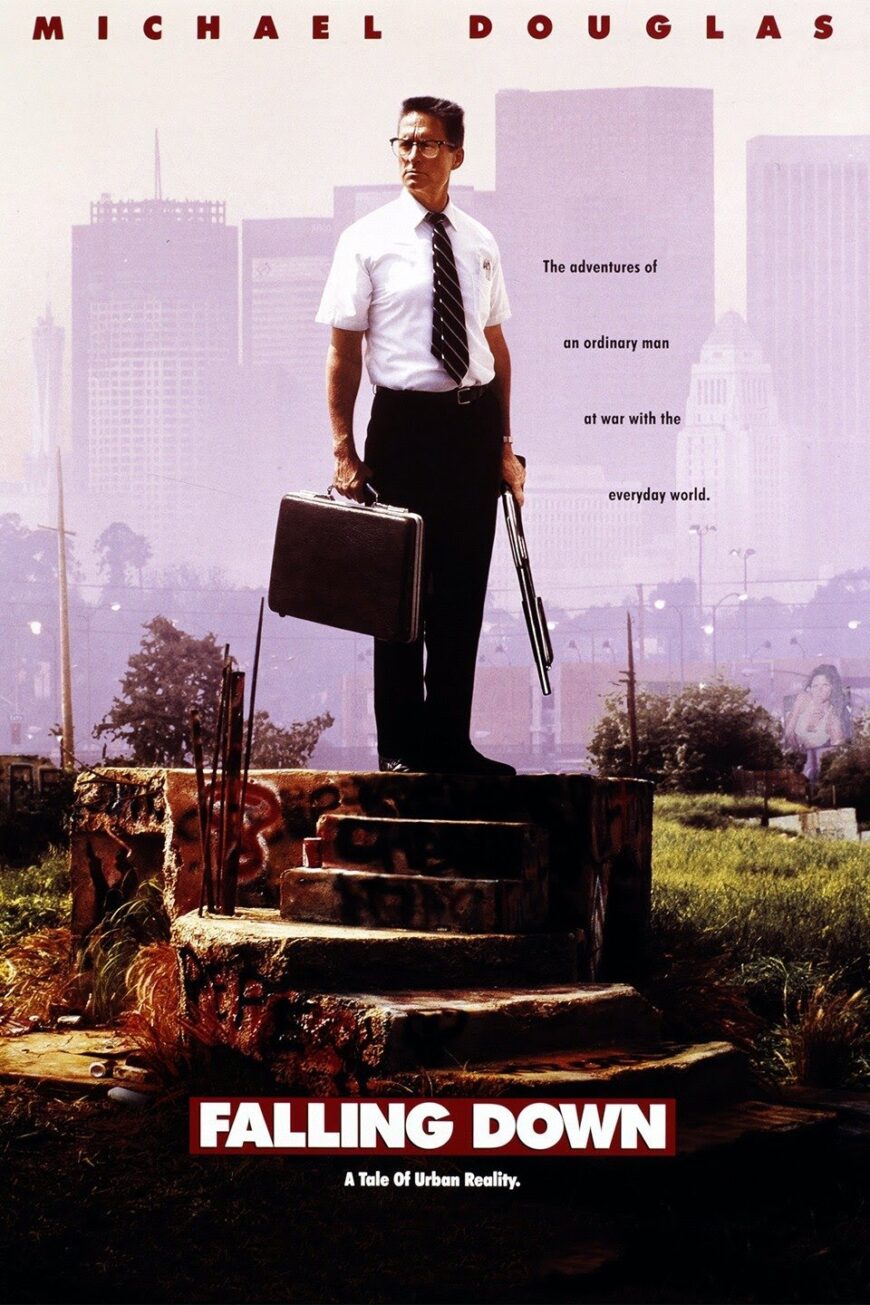 Wow, we’ve went through a ton of ideas so we may start be reaching realllllly soon. Can someone explain why we haven’t had a Road House sequel yet? Probably because the first one thrived in the cheesiness area of the late 80’s (1989). Oh wait, I just googled and saw there WAS a sequel to Road House. The most notable names in this…Jake Busey (Starship Troopers and the Frighteners) and Will Patton. So this is what happens when someone tries pitching a sequel without their main star involved. Yeah, never mind. This sequel was probably a bad idea even with Swayze, especially that Kelly Lynch isn’t a spring chicken anymore and Swayze is, well…dead.

I would love to see a follow up to 1993 hit. In the original, an ordinary man frustrated with the various flaws he sees in society begins to psychotically and violently lash out against them. Michael Douglas was great in this tense thriller. I think we are at a perfect point in history, with so much tension in society, for someone else to “fall down”. This might actually be a terrible idea, but screw it…let’s give it a go! Who do you think should be the next person to “fall down”?