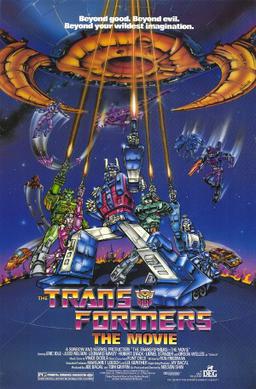 Transformers. Michael Bay had countless bites at this apple and only struck gold with the original. The 2018 Bumbleebee spinoff wasn’t great, but it’s opening sequence showed us the Transformers all living on Cybertron and that was awesome! Give us THAT movie. Just a movie about the robots, their society, and their wars. That’s all anyone wants out of these movies. Forget the humans altogether. And no more MB, please!

Israel took mine so I’ll take his for an upcoming. How is it that except for Transformers (the first one, the sequels BLOW), ALL of our action figures film from the 80s and 90s suck mastodon dick? Both Gi Joe films were taken as seriously as Carrot Top in a doctor’s coat. It was such shitty casting; I mean Joseph Gordon Levitt was Cobra Commander? WTF was that about? The Rock was a shitty Roadblock and they put a Wayans brother in as Ripcord. NO ONE GAVE A FUCK ABOUT RIPCORD. Ugh, do it over and goddamnit, have a script supervisor who is a male between the ages of 37-47 to make this right. And it wouldn’t hurt to have Dreadnox in there…and Sgt. Slaughter.