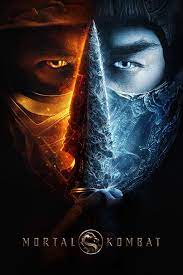 What Kevin Gootee recommends or hated:

Kevin Israel and me both caught this and did a review so check it out here: https://www.youtube.com/watch?v=UvwvokrRWWo

A Pixar juggernaut that everyone loved but as a reminder, a robot who worked on a barren Earth as a garbage collector meets a robot sent down to see if any life as survived. VERY little dialogue but Wall-E is cute as a button. Kevin Israel may hate it because there is are a few nods to 2001: a Space Odyssey. Like I said, people love it and I like it too. But it’s not on the same level as Toy Story, Incredibles, or Wreck it Ralph for me.

Bradley Cooper takes his pointy beak but captivating blue eyes into a tale where he takes pills to access 100% of his brain. He’s from Philly so he uses it much less than the usual 10% we do. Anyway BC is a down on his luck writer who pops these pills and becomes a genius stock trader and eventually gets the attention of Robert DeNiro. Here’s the typical moment where I become that douche and say, the book was better. This was a great concept but really didn’t full execute with the opportunities.

Kevin Costner is banging Sean Young who is also banging Gene Hackman. Gene Hackman kills her in a fit of rage and tries to duck out of the rap. A thriller that I couldn’t care less about and neither should you.

KG and I both did videos on this, but hey, let’s talk about it here. I really didn’t like this one, and I wanted to. The plot was barely existent. The characters were one dimensional. The dialogue was awful. And the special effects were “meh”. The movie strangely spent time on things that really didn’t seem to matter and glossed over the significant elements, like the tournament, the motivation of the bad guys, and the consequences. They forced lines that we all knew from the game in and it felt SO forced. The protagonist was boring and I never really cared about him or understood anyone’s motivation. It seems that MK has really divided audiences, but for me, it was a dud.