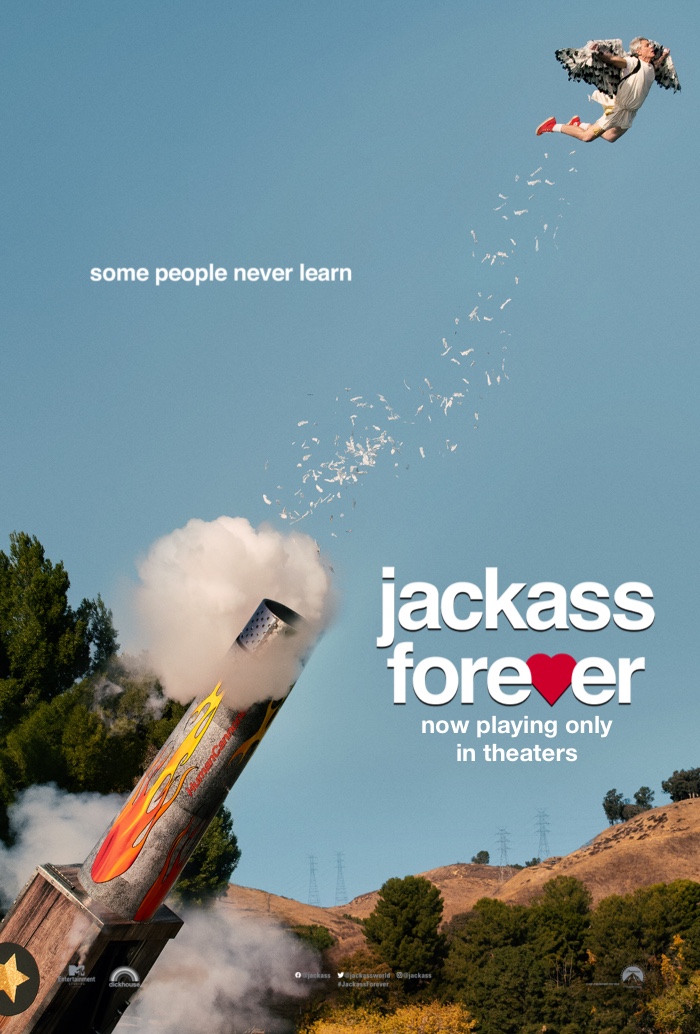 Another week passes and I haven’t watched many movies…because there are SO many shows out. Right now I’m watching Reacher with Alan Ritchson (Titans, Blue Mountain State). I read a number of the Jack Reacher books and while the Tom Cruise movies were OK, Cruise was not physically up to being the titular giant. Well, Ritchson put his time in on the weights and he looks the part of the 6’5″, 250lb Jack Reacher. The show itself is mindless fun that harkens back to simpler action type shows like A-Team and Airwolf. That’s fine by me! It won’t win any awards but I have a feeling we’ll be seeing a season 2. With 24 books in the series, they have plenty to draw from.

Chevy Chase in the downswing of his career until Christmas Vacation comes up to temporarily bring him back to relevant status. There are 2 words in the title of this film and one of them is true. It certainly isn’t “funny.” This movie is unbridled trash and no hyperbole when I tell you I chuckled twice. The plot is shit, the characters suck, and it’s viciously unbelievable. Fuck this film in the urethra.

I made sure I rewatched all of the films, including the bonus episode movies, to make sure I caught up on all the character and plot nuances. Johnny Knoxville said he’s done with stunts and after you see him get upended by a bull yet again, you can’t blame him. A lot of dicks in this film, lot of them. Also, new blood is infused into this installment as someone felt Jackass wasn’t diverse enough and needed to have 2 black guys and a woman get punched/bitten/fucked with. All of the new characters didn’t bring much to the table with personalities; I’m relatively sure they won a “biggest Jackass” fan contest. Let’s hope the reins don’t get passed down to them when the old guard finally hangs it up. And speaking of old, these fuckers have aged in the most ungraceful fashion. Knoxville is the only one who looks the same save for the gray hair. Steve O’s voice is so strained; probably because of the vomiting and acid eating away his vocal chords. Wee Man ain’t so wee around the midsection. This is easily the “worst” of the bunch; the opening scene was nothing great but there’s PLENTY of fantastic moments throughout. A ton of “GODDAMN” moments in this film and plenty of fantastic wisecracks from the gang. Let’s hope they don’t wait another 10 years and they can do lesser violent stunts. And let’s hope they don’t put the new gang in control of the show if the originals hang it up. If they do, it was a fantastic ride.

I know, it’s not a movie. It’s straight out of the Naked Gun and Airplane playbook. Rashida Jones is the title character as she plays a detective with slapstick humor abound. You can catch it on Hulu and shit, it’s hilarious. Easily the funniest show I’ve seen since Family Guy