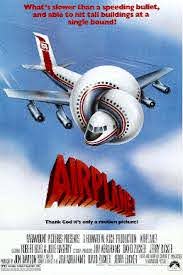 This quote was the build up to all the things Lloyd Bridges’ character quit during the harrowing landing of Flight Two-Zero-Niner. This is an insanely quotable movie, but the glue line is one I’ve fallen back on for years. Everyone knows it and it always makes my point. If you want to make it 2020 appropriate – Looks like I picked the wrong week to stop eating bath salts (or Tide pods…you weirdo).

Bill Paxton was GREAT in this role as Hicks, When he loses his shit after being told it’s at LEAST 17 days until rescued, it’s GRAND. And there’s a ton of people who always (myself included) find an opportune time to drop this, especially during a sporting event when someone puts the game out of reach.