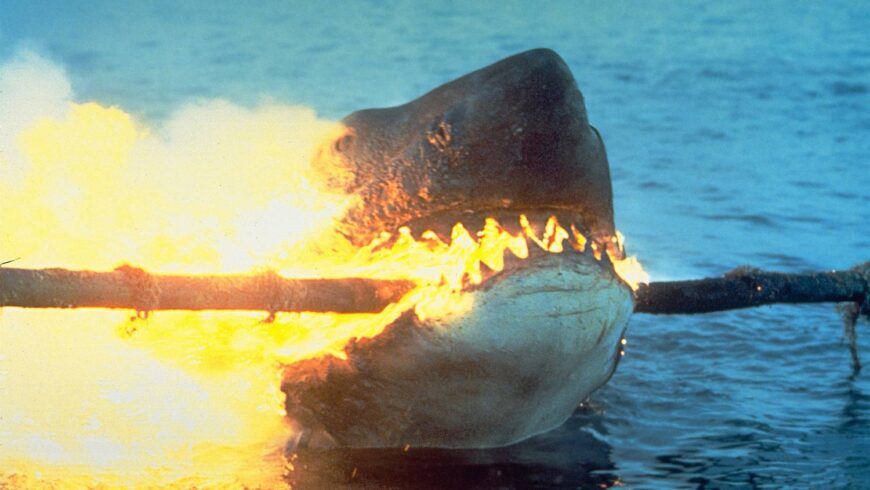 Kevin Gootee’s choice: Why the hell did they make Jaws 2 besides the obvious smashing success of the first? The writers must have said, “look…we can’t have the Brody’s go on vacation and have the shark follow them, we’re saving that for part 4.” So let’s have the great white come back to Amity which is nearly like having lightning strike the same places twice. Hey, pass that tray of cocaine, I’m going to do a line off of Carrie Fisher’s ass.” Roy Scheider was contractually obligated to do Jaws 2 and he had the look of a kid being forced to hold his mother’s purse while she went to the bathroom in the mall. Boy, this movie stunk but even the homeless shit that these sequels were couldn’t take an iota of luster off of the first one.

Kevin Israel’s choice: Jumper. Yeah, I know. Hayden Christensen was the kiss of death after the prequels, but if you go back and watch this one, it’s actually not bad. It was a fun, unique concept when superhero movies were in their infancy. The power of the Jumpers and the society of Jumper hunters called Paladins were intriguing. Jumper did a good job of keeping the plot smaller and giving us just enough back story., but I think there is still story here and it even teased a sequel. So, maybe it’s time!