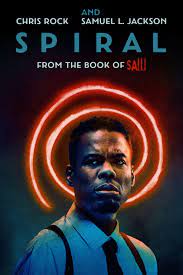 So, I haven’t been watching a lot of movies over the past week because I listened to a bunch of you and dove into the Netflix series – Clickbait starring Adrian Grenier. Everyone claimed that this show was a great murder mystery with a crazy twist. Well, it was neither. The story started out interesting and had potential as an interesting take on our society’s obsession with viral content regardless of who it hurts. But the dopey characters, obvious misdirections, and final twist that had no foreshadowing (so is it even a twist?) ruined the show. We’ve seen a lot of these high-drama mysteries, and few live up to the hype. Well, add Clickbait to that list.

I’m amazed people still plunk down $15 to see this in the theater. The “plots” have gotten more out of control and the plots have gotten lazier than someone who shot up heroin and then smoked weed. But this latest installment is just beyond fuckery. I just watched this film a few hrs ago and I STILL couldn’t tell you what the gang was stopping John Cena trying to do. And these motherfuckers decided to go to SPACE in a PONTIAC FIERO. Please. Just tap out of giving 2 shits with this franchise. They sucked me in after 5 (really solid) and then it’s been a consistent downgrade with every installment.

Spiral: From the Book of Saw

Is Jigsaw back? Hell no! But a copycat is and Chris Rock is bringing witty retorts while tracking down the killer after dirty cops. Oh yeah, Samuel L Jackson is in this playing Rock’s dad so you know you’ll be hearing a fair share of “motherfuckers” and maybe an N word or 42. You know what? This wasn’t bad at all, it’s an alright watch. I guessed the killer but the ending is wacky and original

We JUST did a Quiet Place on the podcast this week and if you read KI and my initial review of the film, you know we dug it and gave the same score. After rewatch, it’s still intriguing and still leaves you wanting more.