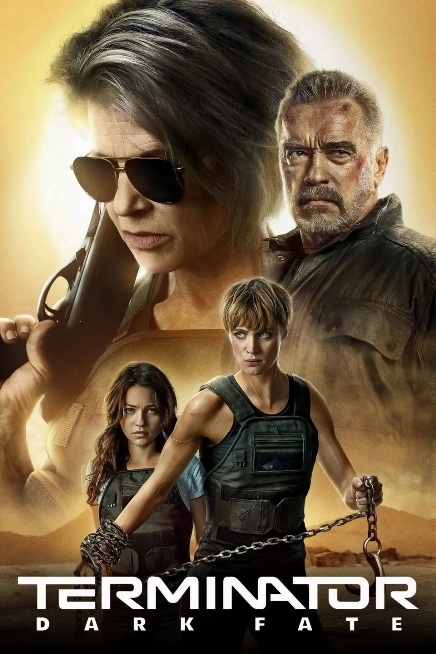 KI: I think we can all agree that the first two Terminator movies were incredible. They were both revolutionary and changed the way we looked at sci-fi movies. I think we can also agree that, after those two, the whole franchise fell off a cliff. I actually never saw Dark Fate, but I suffered through Rise, Genisys, and Salvation. After Genisys I punched out of the entire franchise. I’d had enough. They made such a mess of the timeline, the characters, and the story, I saw no reason to continue. When Dark Fate was announced, I just laughed and knew I’d never see it. Please, stop ruining the legacy of the first two. Arnold, I love ya, but hang it up. Can we leave the T-101 at the bottom of a vat of molten metal and call it a day? Please

KG: I did see Dark Fate after being tricked by the critics’ positive reviews and let me tell you…those fuckers did the Texas switch on me.  It was AWFUL, felt very contrived because I think they REALLY pushed the female empowerment component here.  We all love Sarah Connor, she’s great.  But she doesn’t deserve more screen time than Arnold’s T-800.  HE’S the reason we’re there.  And the good female Terminator, too vanilla.

My film we didn’t ask for a sequel is Scream 5.  The Scream trilogy is fun yet flawed but I thoroughly enjoyed the first 3.  The 4th wasn’t good and now they’re doing a 5th one?  Yeesh.  I guess David Arquette needs more palimony money from Courtney Cox and CC must have developed a huge coke habit to want to do a 5th from this archaic franchise.  Unless they’re going to put Ghostface in the Matrix or in a Dodge Charger with Vin Diesel, this has zero appeal for me.  Who’s shitting who, I’ll see it on Netflix.