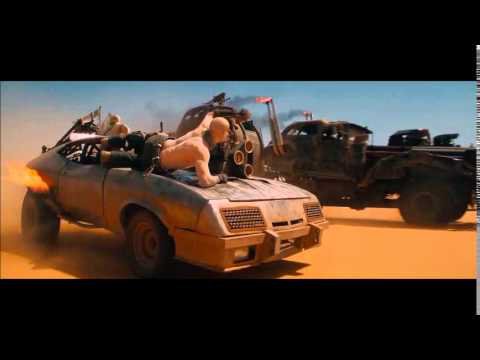 We just watched Mad Max: Fury Road and of course, there’s a lot to swallow. But my biggest problem is there are 2 cars racing each other with guys on the hood SIPHONING GAS AS THEY SPEED THROUGH THE DESERT. You ever siphon gas? I haven’t but I know plenty of people who have. And tell me once that gasoline hits your lips, you stop everything and throw up. But these 2 war horses are spitting that siphoned gas into their engines without flinching. Cut the bullshit, that doesn’t happen!

Movies love bar fights. Love them. If there’s a bar scene in a movie, you can bet dollars to donuts that there’s gonna be a fight. And what is one of the most common fight tactics in a movie bar fight? Why, throwing a guy on the bar and sliding him along it so his face knocks down every glass. But you know what? That doesn’t happen! I’ve seen some bar fights in my day, and they usually disorganized disasters that get stopped pretty quickly. I think maybe this happened once, as a joke, and some movie writer saw it and thought, “well, that’s now going to happen in every bar fight I write.”