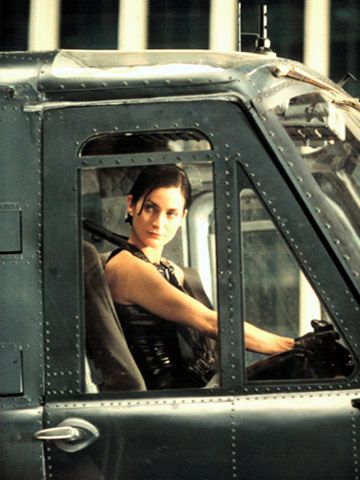 We hope you’re loving our new THAT DOESN’T HAPPEN segment. And for those of you who came and supported the live show we did this weekend with Bill and Joanne. They kicked ass as they have in every episode of this podcast and you’ll hear that episode in a couple of weeks.

Kevin Gootee’s pick: Too many sports films have that INSANE moment where they win a game on an improbable trick play or the unlikely player getting that key hit/making that key shot/. Major League: a catcher with bum knees executing a perfect safety squeeze. Karate Kid: a kid who paints houses wipes through a dojo of killers and then wins on a bullshit kick that no real martial artist would use. Mighty Ducks: pretty much every goal. THAT DOESN’T HAPPEN

Everyone can fly a helicopter. How many times have you seen this in an action movie – the hero, running from bad guys, jumps in a chopper, fires it up, maybe says “it’s been a while since I’ve done this,” and then flies to safety. If you put me in a helicopter, I’d stare at the controls like a baby looking at an algebra book. In fact, that baby might have a better chance. Flying a helicopter is one of the more difficult skills to learn. It involves an intense understanding of the vehicle, the controls, and aeronautics in general. You typically need 60 hours behind the stick (sounds like I know what I’m talking about right?) just to get the hang of it. So the next time you see Tom Cruise jump in a  whirly-bird and just whoosh away, scream with us – THAT DOESN’T HAPPEN!