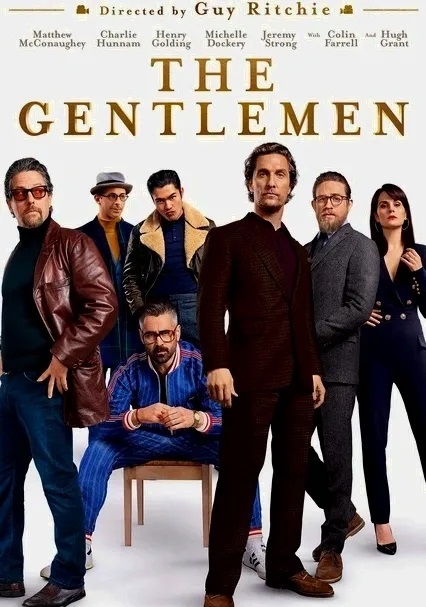 Hopefully Tenet doesn’t get delayed and does come out at the beginning of September so we can get back to our true homes.  In the meantime, KG and KI share what’s worth a shit and what stinks.

Guy Ritchie is like Mark Prior, ex Cubs pitcher.  Came out throwing HEAT and blew his arm out and then never heard from again.  Same analogy applies to GR.  Lock Stock and Snatch are fantastic films and highly rewatchable.  Then, he had a steady stream of nonsense.  And I’m not crazy about Sherlock Holmes but I get if you like it.  So this is your typical Ritchie English gangster film but here’s the problem: the characters aren’t as memorable as his other films.  They’re FINE.  The REAL problem is the ending.  It tries to out-twist itself several times in the last act and it ended up confusing the hell out of me as well as not caring what happened.  But I’ll give credit that Ritchie is on the Mt Rushmore of directors who pick AMAZING music.  Scorsese, Tarrantino, and Ritchie pick some of the best songs (not score) for films.  5.5/10

Jennifer Lawrence and Javier Bardem get unexpected and unwelcome visitors as they live in the middle of nowhere.  The house has strange vibes and the visitors bring their baggage and they seem like they’ll never leave.  This film started out suspenseful and interesting for the first 2 acts.  But act 3, holy testicle tuesday, does this get wild.  Not spoiling much but Lawrence goes through a religious experience and the craziness with the neighbors/fans DOUBLE FUCKING DOWN like no other.  And at the end, I said, “Nope.”  Don’t bother with this just like the critics didn’t and the audience didn’t at the box office.  3/10

The Curious Case of Benjamin Button 2008

Lasted 30-45 minutes and said, “who gives a shit?”  I didn’t get into this story a guy who look like he was in the pool for the entire day with a weird southern accent.  I didn’t care so why should you?

After discovering a small, blue, fast hedgehog, a small-town police officer must help him defeat an evil genius who wants to do experiments on him.

When the trailer for this movie originally dropped fans were enraged over Sonic’s appearance. They said the design was too “real” and “human” and he needed to look more like the video game. So, in a historic about face, the studio went back and redesigned the blue hero. The end result was much more pleasing. All of that said…this movie was terrible. It was nonsensical, unfunny, slow (which is ironic), and Jim Carrey was just Jim Carrey. I actually felt bad for James Marsden as he slogged his way through the terrible script. Sometimes you have to pay the rent, but if I were James, I woulda moved in with a friend for a month. Yuck!