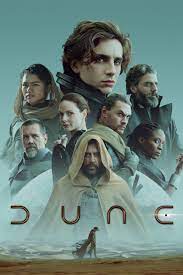 I saw Dune for the first time 10 years ago and couldn’t be more bored. Everyone hated the Lynch version; they’re all clamoring that the book is head and shoulders better. Ok, that’s usually the case. So now Denis Villeneuve is rebooting this (one of the few times I agree with rebooting; only if the original is an outright brontosaurus abortion). People love DV and from what I’ve seen of his films, he’s batting .500. Love Prisoners and Sicario, didn’t like Arrival and turned off Blade Runner 2049. So this trailer did nothing for me. Cool effects but it has Timothy Chalamet and Zendaya, 2 people on the verge of me putting them on my “annoying” list. I’ll need a LOT of positive fan reviews to see this. This trailer hasn’t moved the needle in any way for me.

The final trailer for the much anticipated reboot to the 80’s sci-fi slog was released this week and I still have no idea what this movie is about. I think I saw bits and pieces of the original movie as a kid and thought it was weird and boring. I never read the books, which is surprising since I love science fiction and fantasy. Here’s my summation of the original – Sand worms, sound guns, what’s in their nose? Deserts, weird thing in a space aquarium, spice is important. The reboot looks interesting and has a hell of a cast. Batista and Mamoa are monsters in Apple’s “See,” but I just can’t get excited for this one. I think it will do well for a COVID-era big budget movie, but I think it’s going to be a slog of a movie. I’m calling it a 4.5/10.