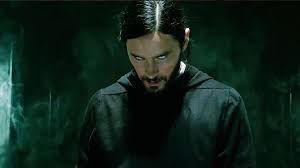 This week, we’re talking about Morbius, the upcoming Marvel film coming out this January. Hey, Kevin Gootee, what did you think?

KG: I think this is going to be bad, real bad. Why? Marvel is releasing this in January which is the true vote of no confidence. And the trailer is textbook, “who gives a shit?” Another MCU vampire movie that’s not Blade? Don’t care. Michael Keaton reprises his role as Vulture, so what? I’ll catch this on Netflix. Hey Kevin Israel, what do you think?

KI: Well, I just watched the new Morbius trailer and all I can say is – I don’t care. Maybe the influx of superhero movies has numbed me. Maybe I’m still tired of vampires after nearly a decade of movies in the earlier aughts.  Jared Leto is a great actor, so this could be another Venom – a meh script carried by a strong performance. Who knows. I get it, he’s a vampire in the Marvel Universe, but it’s not the MCU. But there was Michale Keaton’s….Vulture? I’m so confused and I still don’t care.