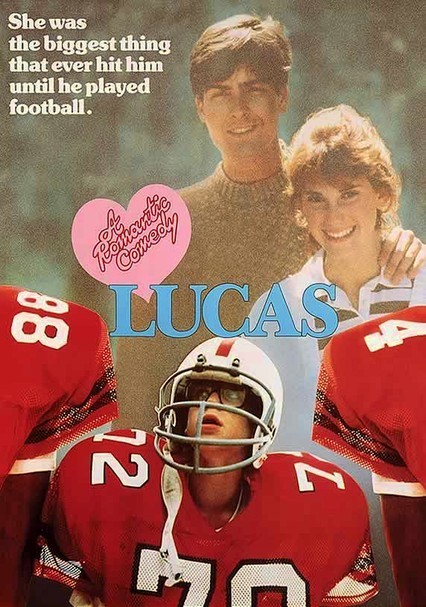 The Rock and the unfunny Kevin Hart respectively play a high school nerd who becomes a jacked CIA agent and a high school homecoming king who does what most homecoming kings do, go into accounting. Watching the Rock tower over KH is hilarious because it looks like an older brother take around his dad’s second wife’s kid. But that’s the only funny thing about this film. This is cotton candy and just like eating too much CC, this shit makes you sick. The jokes are stale and basic, the ending is predictable, and whomever the son of a bitch is that told me to watch this…I’ll find you. And make you watch the entire Big Bang Series on a loop.

Typical 80’s high school movie with a ton of stars from the 80’s: Sheen, Ryder, a balding Piven, and Corey Haim. Lucas plays a nerd who falls for the ginger in Summer Rental and the overrated Goonies. The last scene made me scream, “THAT DOESN’T HAPPEN,” where Lucas just jumps into the middle of a high school football game, willy nilly. NOT EVEN WEARING HIS PADS AND HELMET. Yeah, even in the 80’s when parents would tell you, “rub some dirt on it and don’t be a pussy,” this shit wouldn’t have flown. Sans this nonsense, this film stinks as it definitely didn’t age well whatsoever. I swear, any script that had high school bullies got green lit without the studio head making it past page 5.

2/10. Would’ve been a 3 but that football scene can munch on petrified dog shit.

This film is about the extras and background actors in Star Wars. You think it would be interesting but guess what? It’s not. Several people played several different background roles; sometimes wearing masks/makeup, sometimes wearing helmets. That’s it. No new other juicy tales but to be fair, I turned it off after 30 minutes as my patience was destroyed like Hillary’s emails.