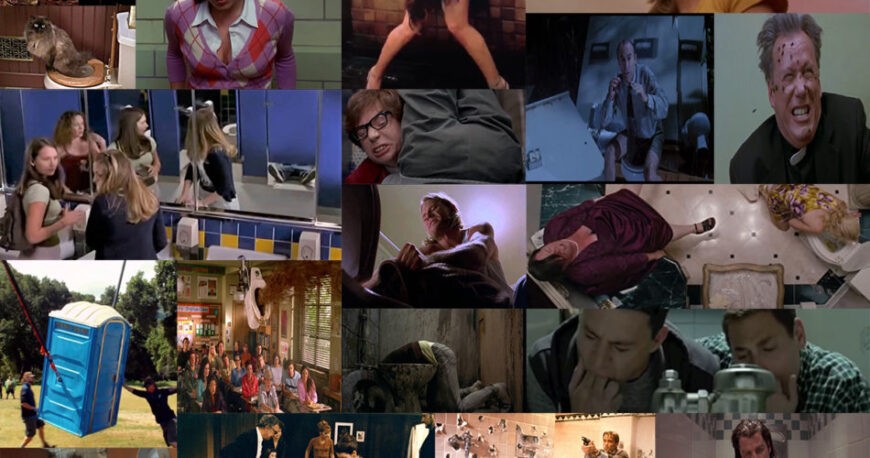 People have sex in public bathroom stalls in movies. Look, I’m 6’2″ with decently wide shoulders and long arms. I have a hard enough time taking a poop in a stall that’s not a handicap one. And god forbid if you go to Spain, those stalls are built for children under 8. I had to poop and wipe on an angle, THAT’S how skinny those things are. Now you mean to tell me two grown ass people are having sex in a stall (and it’s ALWAYS standing up, NEVER the dude getting reverse cowgirl which makes the most sense.) I’ve had sex in those single bathrooms but the stalls is a fools’ errand. If you have, tell us how long into it until you had a hamstring pull.

This might seem like a minor one – but I’ve noticed in movies, characters will turn on the shower and then just step in. What?? Are they crazy? That water is freezing! Anyone who has ever showered knows you gotta give it a minute and test it with your hand. Try jumping into a shower the second it goes on. You won’t do it! Why? Because you’re a civilized person who doesn’t want to freeze. Stepping into a shower blind? Nope, that doesn’t happen.