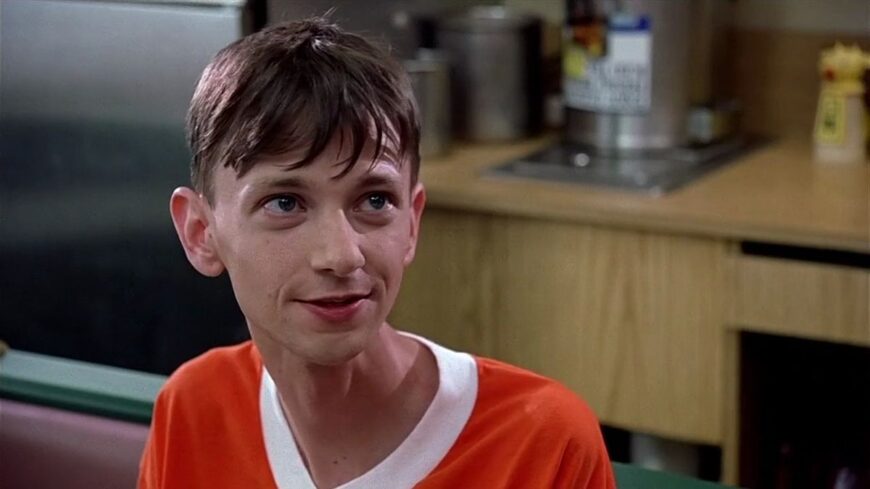 When Barry’s college buddies go on a last minute road trip, this college kid played by a FAR too old to be in college, Tom Green, is left to care for one of the fella’s python named Mitch. Barry spends his time with Mitch trying to get him to eat live mice, but Mitch just isn’t hungry. When Barry’s frustration with Mitch’s lack of appetite becomes too much to stand, he grabs the snake and screams this line.

This HAS to be top 10 to drop while in a men’s room and someone is grunting/panting/farting. I’ll say it works damn near 8/10 times. So add it to your repertoires as well; despite this film not holding up…at all.